The IOM Scheme is a personal pension scheme for Isle of Man residents with a clear and transparent charging scheme and offers two plans for members to contribute too (“Plans”), allowing them to meet their retirement needs.

Funding the Scheme
The IOM Scheme is funded by the Member or on behalf of the Member via employer contributions.  Tax relieved total contributions to any Isle of Man scheme is limited to £50,000 per annum and any

excess contributions may be liable to penalties. The IOM Scheme can also be funded via transfers, either from existing appropriately tax-approved Isle of Man pension arrangements or other non-Isle of Man arrangements depending on which of the Scheme’s Plans you have opted for.

Retirement benefits
The benefits you can take when you retire will be determined by the Plan of which you are a member: 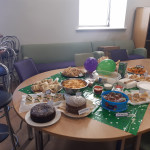